About the Pittsburgh Youth Symphony Orchestra

The mission of the Pittsburgh Youth Symphony Orchestra is to teach and inspire excellence through orchestral training, to perform in premier venues, and to cultivate audiences for classical music. PYSO members bring a sense of amazement and excitement about classical music to diverse audiences-young and old, novice and seasoned. Through their impressive performances, dedication, and commitment they also serve as role-models for aspiring younger musicians and students. Through their demanding tours in the U.S. and internationally, they have become outstanding cultural ambassadors of the Pittsburgh Region, Pennsylvania, and the United States.

The Pittsburgh Youth Symphony Orchestra (PYSO) is one of the city’s cultural treasures.  It is one of the oldest youth orchestras in the country, and one of the most advanced. PYSO cultivates in its members discipline, fine musicianship and an overall appreciation for excellence.

CONNECTION TO HEINZ HALL and the PITTSBURGH SYMPHONY ORCHESTRA
• PYSO has maintained an office at Heinz Hall since it opened in 1971.
• Weekly rehearsals and regular concerts take place at Heinz Hall.
• Conducting staff and sectional coaches are all members of the PSO although they are independently engaged by PYSO.

MEMBERSHIP
• Competitive annual auditions are held for new members.
• PYSO is normally comprised of 85 to 90 members, ranging in age from 14 to 20.
• There is no minimum age requirement; members include college age students.
• PYSO currently draws from approximately 30 different schools in the tri-state area.

CONCERTS and ATTENDANCE
• Three concerts are normally presented per season at Heinz Hall that are free and open to the public.
• Average attendance is over 1,500 for Heinz Hall concerts.
• Other performances include: Music in a Great Space series at Shadyside Presbyterian Church, Tiffany Concert Series on the North Side, Carnegie Music Hall, Soldiers and Sailors Memorial Hall, etc.

In addition to our orchestra program, the Pittsburgh Youth Symphony Orchestra collaborates with the Three Rivers Young Peoples Orchestras (TRYPO) in the Youth Chamber Connection (YC2) that provides chamber music training to talented, young musicians in the tri-state area while engaging in outreach performances in the community that benefit many thousands of people. 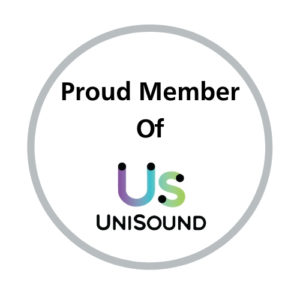