Beyond the Notes: Reflections of Freelance Musicians and the Art of Building Careers with Multiple Orchestras 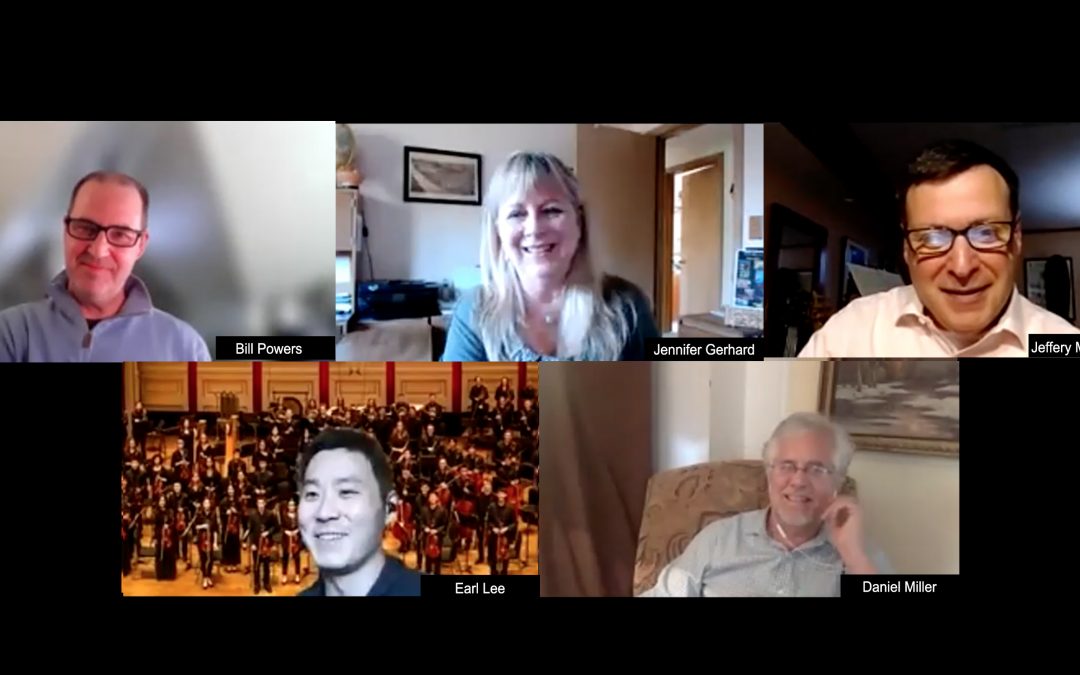 For the final Beyond the Notes seminar of the season, PYSO Executive Director Bill Powers hosted a panel of working musicians, including PYSO Music Director, Earl Lee.

The session began with Bill asking each of the panelists how they got their start in an active music scene.

Jeffery Magone, a full-time player and teacher of string bass, bass guitar, and tuba, answered first. At the age of 17, he started to gain touring experience with big names in Jazz, including Sammy Davis Jr. and Roger Humphries, and eventually found his passion for classical music while attending Duquesne University. After winning a position in the Alabama Symphony, Jeffery returned to Pittsburgh, where his previous credentials landed him a spot substituting for the Pittsburgh Symphony Orchestra. He emphasized the importance of being prepared and being aware that someone is always listening.

Daniel Miller, a principal cellist of the Greenwich Symphony Orchestra, and an active concert, theatre, and recording musician in the New York area, attended Columbia University, where he started to make connections with other musicians and go after any gig he could get playing cello. Daniel got a job in the Savannah Georgia Symphony, and later a job in Italy, both of which helped him establish himself as a full-time musician. Eventually returning to New York, Daniel made sure to stay active in networking and auditioning.

The discussion continued, touching on topics like playing for multiple organizations, being able to adapt quickly based on who you are playing with, how to be successful as a substitute, and understanding contract agreements. The entire panel made sure to emphasize that music is a business, and to be a successful musician you have to be a successful businessperson.

Thank you so much to the musicians on our panel for such a valuable and informative discussion.