Beyond the Notes: The Significance of Stravinsky’s Rite of Spring with David Serkin Ludwig 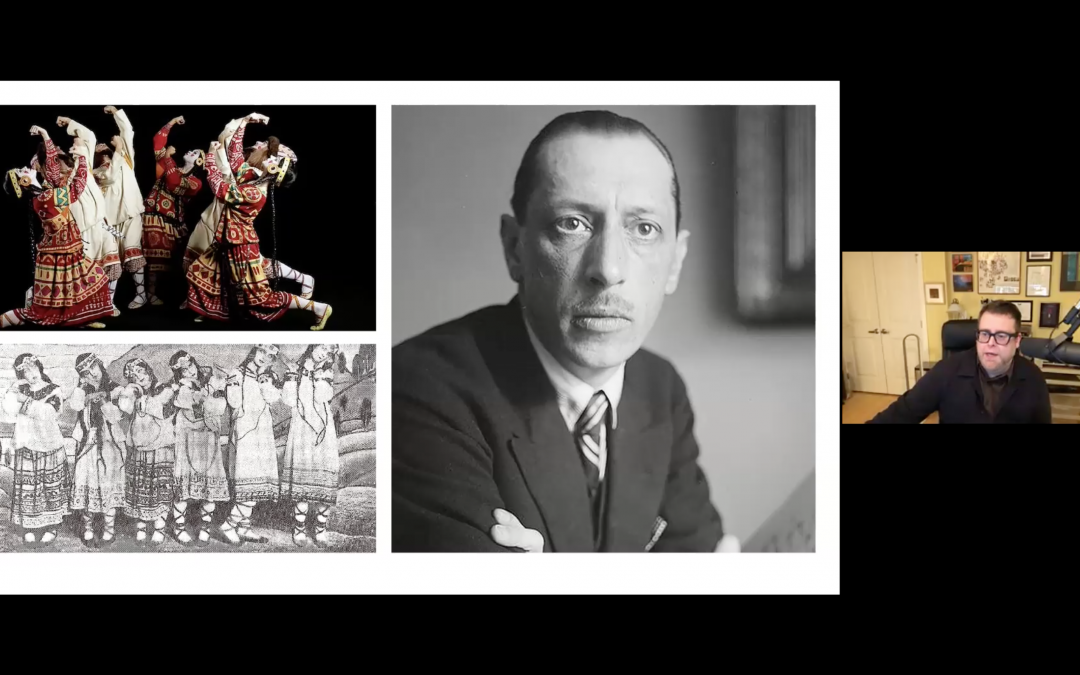 This past Sunday evening, PYSO was joined by David Serkin Ludwig, composer and Chair of Composition at The Curtis Institute of Music for a “Beyond the Notes” session to discuss “The Importance of Stravinsky’s The Rite of Spring.”  Dr. Ludwig provided an in-depth presentation that highlighted the history and significance of one of the most influential pieces of the 20th century.

The Rite of Spring was written by Russian composer Igor Stravinsky and premiered 1913.  It was inspired by ancient and tribal Russian folklore. Dr. Ludwig noted that many compositional elements of The Rite of Spring were uncharted territory. Most notably was the varying of time signatures in the piece, which partially reflected the irregular patterns and rhythms of Eastern European folk music. Another aspect that makes the piece so unique is variety of scales used throughout the piece, which create complex harmonies.

The ballet made its debut in Paris in 1913 and resulted in near-riotous behavior from the audience – many of whom were outraged by the “primitive”  choreography and nontraditional music.  This was, in part, due to audience expectations of seeing ballet as elegant and ethereal and Stravinsky’s transgression of this expectation led to his notoriety in the field.

The session ended with a Q & A session where Stravinsky’s transition into neoclassicism was discussed. As art reflects historical events, this discussion was timely considering the context of current events. The economic environment in 1914 during World War I left orchestras struggling for work, and the Spanish Flu epidemic immediately following in 1918 resulted in mass cancellations of live music, not unlike what we face today. The profound effect on music these historical deficits can leave was also discussed.   And a hopeful message emerged, with Dr. Ludwig saying, “Classical music is going to survive…even with all the changes. It survived the Spanish Flu, plagues, and wars. Stravinsky found new ways to write to accommodate circumstances, writing for smaller orchestras”. As we push forward into this new year and all it has in store, the inventive spirit of Stravinsky inspires us to work with our limitations, unafraid to expand and innovate as creatives.