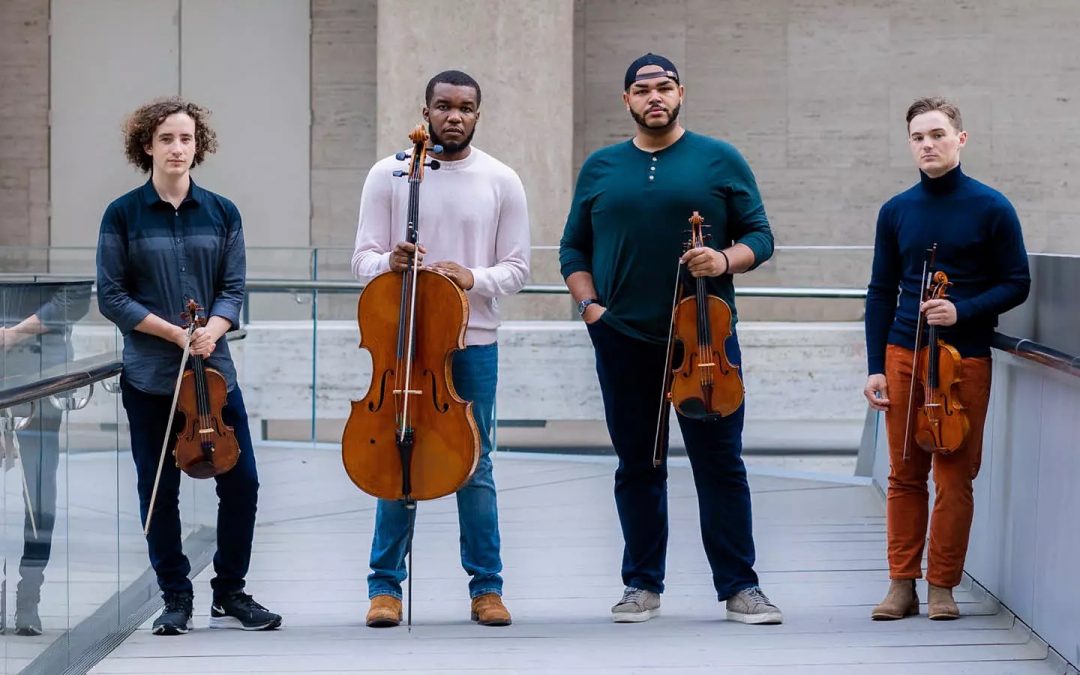 Devin Moore and the Isidore String Quartet take 1st place in the Banff International String Quartet Competition, winning a package valued over $500,000 in prizes including a recording contract, three-years of professional management, an extensive winner’s concert tour, a two-year paid residency at the Southern Methodist University and the Esterházy Foundation residency, comprising concerts at Haydn Hall in Eisenstadt and the Lucerne Festival, and more.

PYSO alum Devin Moore (2014-2017) has been wowing audiences since he first picked up the violin in third grade. A faculty member of Duquesne University heard him play back then and arranged private lessons for him with a member of the Pittsburgh Symphony Orchestra. In middle school, Devin joined TRYPO’s young string program Symphonette, then was promoted to their YPO full orchestra, and he joined PYSO in 10th grade as principal Second Violin. In his senior year, Devin switched to viola and sat Co-Principal of the section until graduation and studied with PSO member Marylène Gingras-Roy.

He joined his first string quartet in middle school, and became hooked! His quartet was instrumental in helping to found PYSO and TRYPO’s chamber program, the Youth Chamber Connection, as he and his quartet-mates encouraged more and more of their friends to join string quartets as well! Both sophomore and senior year in high school, Devin’s quartet won the coveted Montgomery Fellowship offered to the top PYSO string quartet by Chamber Music Pittsburgh, coached by Jeremy Black, Principal Second Violin of the PSO. In 2017, he attended Manhattan School of Music, studying with longtime Juilliard Quartet member Samuel Rhodes, who later encouraged Devin to transfer to Juilliard for his junior year. Devin won the sought-after Kovner Fellowship for his senior year at Juilliard, and continued as a Kovner Fellow for a two-year Masters, which he is completing this year at Juilliard.

Being part of a professional chamber group has been Devin’s dream, and those of us in his orbit are so privileged to be part of watching that dream come true for this hard-working young musician. Congratulations to PYSO alum Devin Moore!