Beyond the Notes: Injury Management and “Return to Play” for the Instrumental Musician

Special Guest Michael Tsang, PhD in Physical Therapy AND PYSO Alumni (2007 to 2011/Piano) discusses with Earl Lee the most common injuries among musicians and how to recognize the warning signs and prevention of serious injuries. 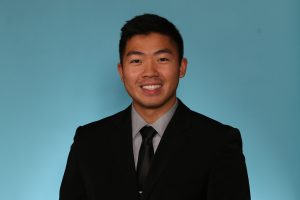 Michael King- Hon Tsang, PT, DPT, MM  graduated from the Cleveland Institute of Music in 2016 with Bachelor and Master of Music degrees in Piano Performance under the tutelage of Paul Schenly, Kathryn Brown, and Daniel Shapiro. Michael also graduated from Case Western Reserve University in 2016 earning his Bachelor of Arts degree in Biological Sciences. He went on to earn his Doctor of Physical Therapy degree at Washington University in St. Louis School of Medicine in 2019. Currently, he is obtaining his board certification in orthopedics at UPMC Rooney/Freddie Fu Sports Medicine Center. Michael is an adjunct faculty member at the University of Pittsburgh Department of Physical Therapy for their musculoskeletal curriculum.

Michael became interested in the performing arts and musicians’ injuries after witnessing many colleagues and faculty struggle with performance injuries. Over the course of his PT career, Michael has created music medicine initiatives and injury management/prevention seminars for both healthcare professionals and musicians. Michael’s ultimate goal is spreading awareness of playing-related injuries, managing and preventing these injuries through optimizing performance, and helping performing artists return to their passion of sharing music without physical limitations.

Special Guest Michael Tsang, PhD in Physical Therapy AND PYSO Alumni (2007 to 2011/Piano) discusses with Earl Lee the most common injuries among musicians and how to recognize the warning signs and prevention of serious[...]
Oct
11
Sun
6:30 pm PYSO Sectional/Studio Class @ ZOOM
PYSO Sectional/Studio Class @ ZOOM
Oct 11 @ 6:30 pm – 8:30 pm
Sectional/Studio Class starts as a group session with Earl Lee, then breaks out into individual sectionals for strings, percussion, harp and piano. (Regular group sectional classes for woodwind and brass). This will also be the[...]
Oct
18
Sun
6:30 pm Beyond the Notes: Creativity and... @ ZOOM
Beyond the Notes: Creativity and... @ ZOOM
Oct 18 @ 6:30 pm – 8:30 pm

Earl will explore the concept of composing music with special guest Pius Cheung (Percussionist, Composer and Teacher at the University of Oregon). During the session Earl and Pius will create a framework/guideline for students and[...]
View Calendar
Add