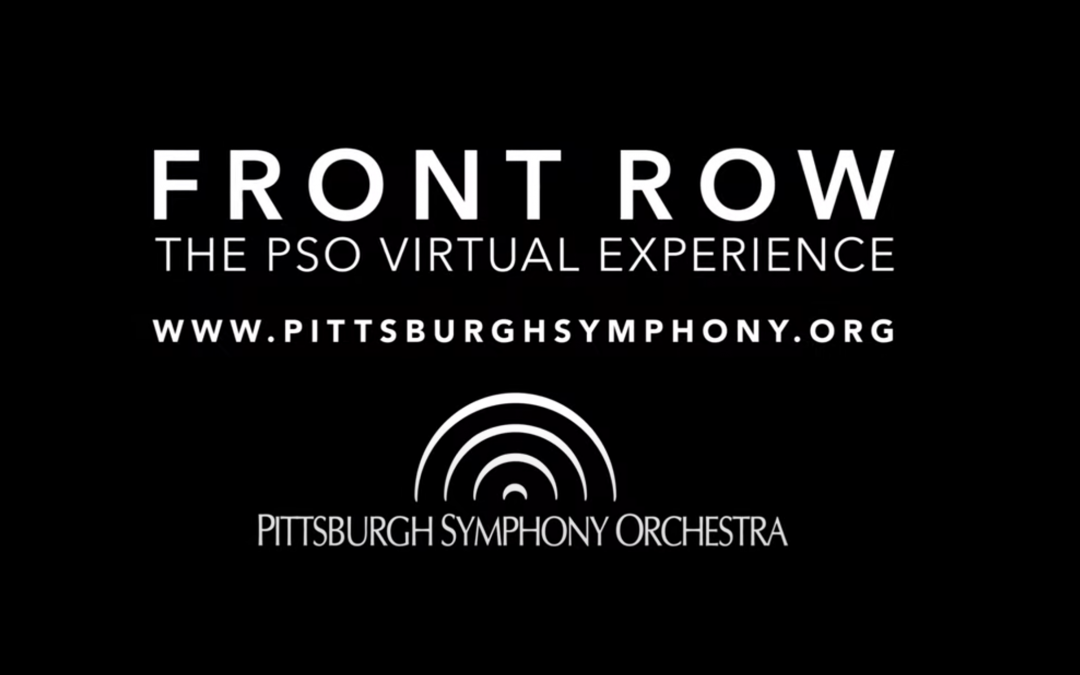 This fall the Pittsburgh Symphony Orchestra will be releasing a 5-episode series, Front Row: The PSO Virtual Experience. Each episode will include music, history, and interviews aimed to connect communities not only in Pittsburgh, but globally.

Episode 3, titled Finding Your Song will feature two PYSO alum Hannah Ishizaki (Violin 2013-2018) and Devin Moore (Violin/Viola 2014-2017). The episode highlights the path that leads artists to finding their inspiration. Hannah, who is the youngest female composer to have a piece played by the PSO, is interviewed in this episode, and her piece I See You in a Room Full of Self-Produced Thoughts will be played by Devin on viola.

The episode will also include PSO’s new Principal Pops Conductor, Byron Stripling. PYSO is thrilled to have Byron as a special guest for the November 29th session of Beyond the Notes to discuss the lifetime value of participation in a musical ensemble.

Be sure to tune in for this episode, airing on Friday, December 4. Front Row: The PSO Virtual Experience begins airing on November 20 every Friday. Learn more here.