Look who dropped in! 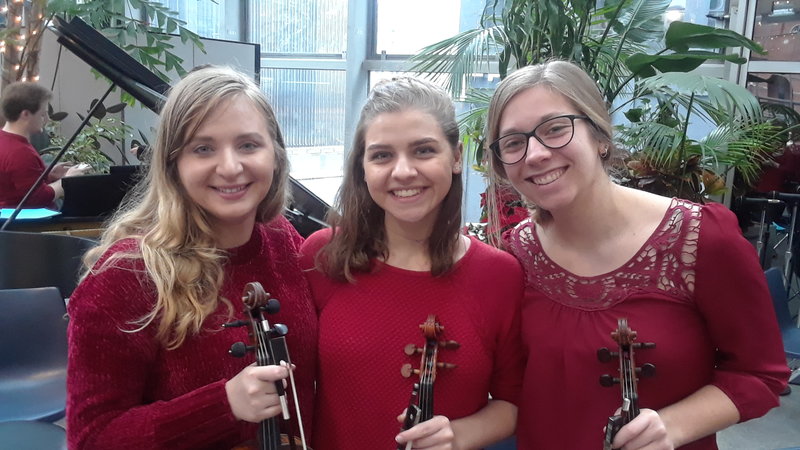 Charlie Loh (Violin 2014-15) is a sophomore at Fayettville-Manlius High-School in Syracuse, New York. He currently plays in Syracuse Young Artists Orchestra and last year played in the Empire State Youth Orchestra in Albany.
Charlie writes, “I’m having a great time with school and with violin. I can only remember pleasant memories from PYSO. I always looked forward to rehearsals and concerts. I had many good friends and the repertoire was very exciting. I loved the PYSO tour of Europe when we performed in Czech, Slovakia, and Austria. I also loved the tension of seating auditions. PYSO provided me with my first experience in a real orchestra. Without PYSO, I would be much more inexperienced and I probably wouldn’t love violin as much as I do now.” 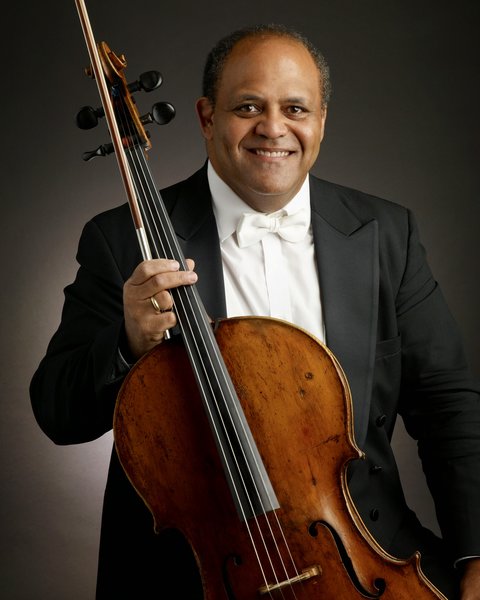 Ralph Curry (Cello 1968-73) has been a member of the Cello section of The Cleveland Orchestra since 1978. “I remember so well the sense of belonging and pride we all felt in the Orchestra (PYSO). I was surrounded by people like me, who where there because they wanted to be part of something special…getting terribly lost in the first piece I played, Peer Gynt Suite! So many great memories afterwards. A Brahms Requiem that made me decide that this is what I needed to do with my life. Playing Nutcracker and Swan Lake with the newly formed Pittsburgh Ballet. Being the first group to play in Heinz Hall after the renovation with William Steinberg in the hall seeing what the acoustics were like. And of course the tour to Europe in 1972, followed by a trip to Florida in 1973! The Youth Symphony was where I felt like myself. I still have friends from those days, and the many of us that continued with music laid the foundations for what we became. I have always said playing in the Pittsburgh Youth Symphony was pivotal in my life.  Without it I have no idea of what I would be doing now, but it certainly would not include being a member of The Cleveland Orchestra.”

Katerina Istomin (Viola 2001-03) lives in Pittsburgh and plays with several orchestras and ensembles (local and international).  She is Principal Viola of the Ensemble Double Sens and Devil’s Trills based out of Paris, France, which includes Nemanja Radulovich as the solo violinist. On the non-musical end she is also pursuing a Doctoral degree in Counseling Psychology at Carlow University!
“(PYSO) opened up to me the world of orchestral playing that helped me choose whether or not to pursue music. I wouldn’t have picked up the viola had I not wanted to go on tour with the Orchestra to the National Youth Orchestra Festival in Sarasota Florida in 2001! 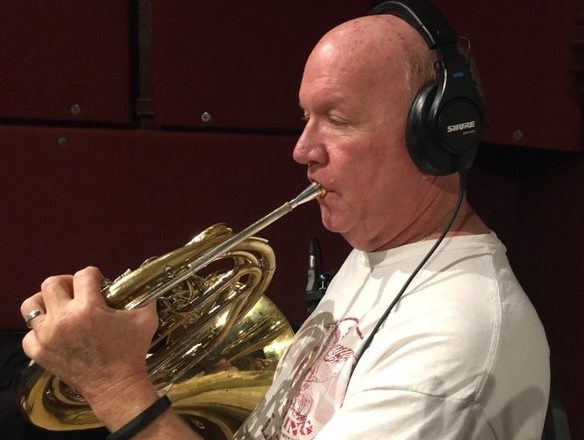 David Piecka (Horn 1979-80) is currently the the principal horn with the River City Brass (RCB) and is the last original member since the band’s premiere November 21, 1981. In addition to RCB, David has performed with the Wheeling, Westmoreland, Johnstown, and Pittsburgh Symphony Orchestras and upon occasion is still asked to perform with the Pittsburgh Civic Light Orchestra. His latest project outside of RCB was recording with TJ Lapinski Production’s Englebert Humperdinck PBS show.
David “came from a school district with a limited music budget. No string program; band only. PYSO helped me to develop into the player I am today.” 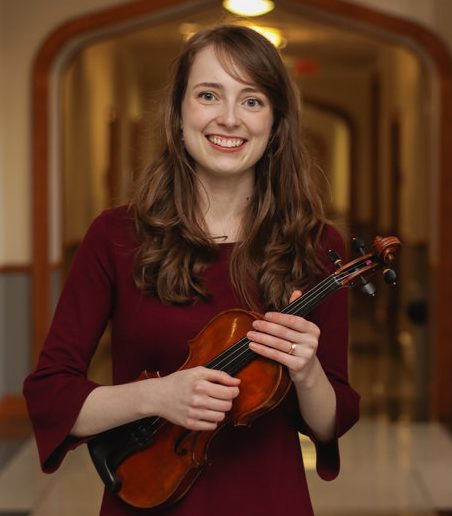 In October Jessica (nee Mattson) Thomas (Violin 2011-14) headed to Loja, Ecuador as a Fulbright English Teaching Assistant. Loja is the music capital of Ecuador; Jessica is excited to learn about Ecuadorian music while she is there and looks forward to re-connecting with musicians in the Pittsburgh area when she returns next July.
Jessica’s  PYSO memories include “How magical the concerts were!…Frantically running down to the point (Point State Park) with a handful of other violinists during break to see the giant rubber ducky that was parked in the river. We made it back in time for rehearsal to start again…Playing Csardas with an Austrian accordian player during dinner on our 2014 European tour…My experience with PYSO helped me to learn how to treasure every opportunity I have to make music with other musicians. There is something so special about coming together with others who are excited about music and want to work hard to make a piece great. 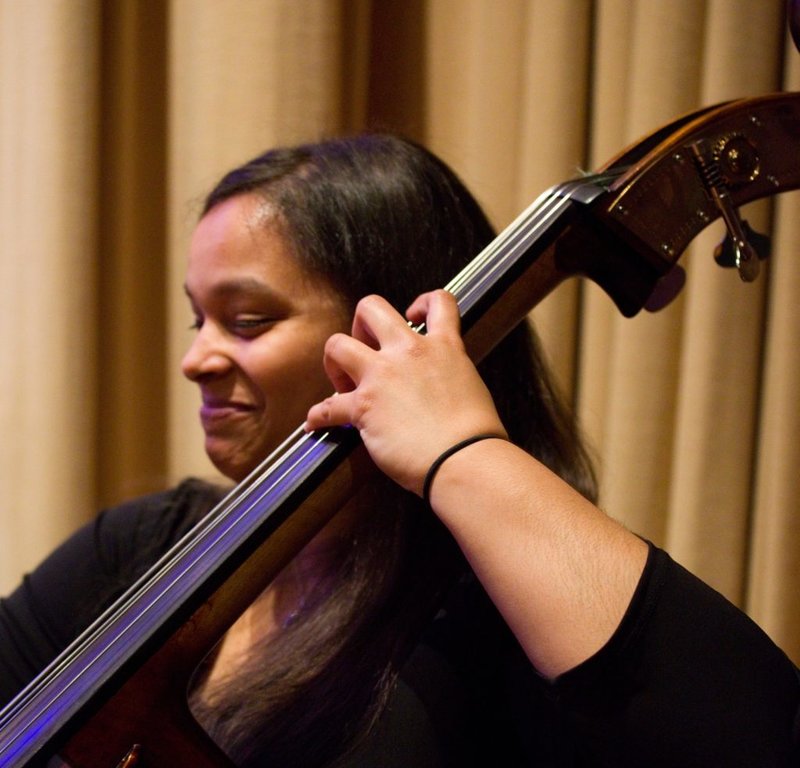 Naomi Sarchet (Bass 2005-08) is preparing audition materials to attend graduate school for double bass performance in the fall of 2019. In addition to having a successful career in fashion, Naomi plays in several community orchestras such as the Pittsburgh Philharmonic (principal bass), is on the substitute list for several orchestras such as the Butler Symphony, and studies privately with Jeff Grubbs of the Pittsburgh Symphony Orchestra.
“We toured to China in the summer of 2008 during the Olympic Games. Full immersion in Chinese culture, performing in great concert halls, and the welcoming spirits of the students we met there made the trip unforgettable. For me, it was a teasing taste of what life would be as a musician in a professional symphony orchestra: sharing my gift of music while expanding my knowledge of the world…History books don’t do the Great Wall of China justice – Standing on the Wall left me speechless. It is something everyone should add to their bucket list.”

Chuck Jacks (Bass Trombone 1992-94, 1996-98) currently teaches low brass music lessons in Bridgeville in his teaching studio at Johnstonbaugh’s. His professional musical journeys have included being the band director in the Monessen School District (teaching grades 4 through 12) to playing Tenor Trombone for Royal Caribbean & their 5-star line, Azamara Club Cruises (“Five years at sea, traveling to 6 continents including Antarctica!”)
His fondest PYSO memory is “Definitely the Interlochen trip in the summer of 1998 with Maestro Edward Cumming. They made a “super orchestra” that I participated in from the 6 youth orchestras attending…It made me unafraid of any huge task, or of speaking in public.  Heinz Hall and the whole PYSO experience was very intimidating to me at first.  But after I got used to it, I used that confidence in other areas of my life that were nowhere near as intimidating!

Nathaniel Hoyt (Cello 2013-16) is majoring in cello performance with a conducting concentration at the Catholic University of America in Washington, DC. A PYSO standouts for him were “the tour to Austria, Slovakia, and the Czech Republic… Performing in a nearly filled Heinz Hall… (PYSO) has given me irreplaceable orchestral experience, including working with phenomenal PSO conductors.”