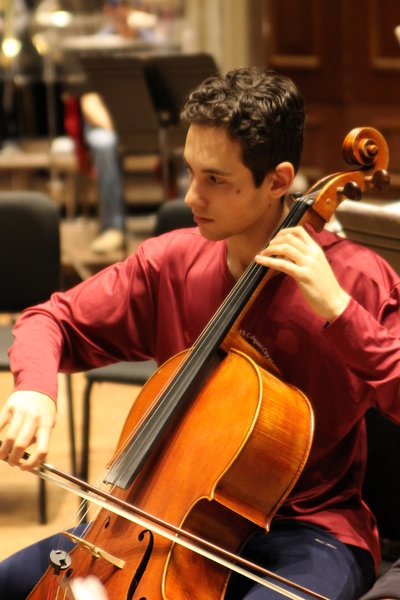 Noah plays cello and was selected as a member of the Honor Orchestra of America by recorded audition.  The Orchestra is recognized as one of the finest scholastic ensembles in the nation.  The group rehearsed and performed in concert as part of the Music for All National Festival, presented by Yamaha, March 14-16 in Indianapolis, Indiana.

“To be selected from among their peers for membership in this national ensemble is a great achievement and honor,” says James P. Stephens Jr., director of advocacy and educational resources for Music for All.  “The 2019 Honor Orchestra of America members are ambassadors of America’s music programs, as well as their states, schools, and communities.”

In its 28th year, the Music for All National Festival is an annual program of Music for All, one of the nation’s largest and most influential organizations in support of active music making, headquartered in Indianapolis.

Since 1975, Music for All has set the standard for scholastic music ensemble performance and music education advocacy.  As a 501(c)(3) nonprofit educational organization, Music for All’s mission is to create, provide, and expand positively life-changing experiences through music for all, working to ensure that every child in America has access to active music making in his or her scholastic environment.