PYSO Alumni – Thanks for the memories!

Michael Scheimer (Horn 2005-08 and pictured above with and A-Young Lim Scheimer performing Verdi’s Requiem Mass in Viterbo, Italy) is a manager at the Pittsburgh Airport Marriott and has been Second Horn with the Johnstown Symphony Orchestra since 2013…“We got to play some really amazing rep and go on some great tours!…my favorite memory was getting to tour Washington, D.C. It was such a great trip and we got to play in some really cool venues!…PYSO really enhanced my musical education in college. It was so great to walk from Duquesne University every weekend down to Heinz Hall, play different repertoire, and get coached by Pittsburgh Symphony musicians. I still keep in touch with people who I met through PYSO…it’s so cool to play a lot of the same rep again as an adult in the Johnstown Symphony!”

Gary Ryan (Trombone 1964-67) is a retired attorney. He remembers most the chance to learn from the talented musicians who gave their time to conduct the orchestra and he has fond memories of the devotion that Mrs. Maazel had for the orchestra. “I think my experience with the PYSO was a significant step in my playing as an extra with the Pittsburgh Symphony my senior year in college and thereafter as a member of The United States Army Band (“Pershing’s Own”).

David Ross (Bassoon 1959-62) is retired after spending 40+ years playing bassoon and contrabassoon in the Syracuse Symphony Orchestra. He also played with the Springfield (MA) Symphony Orchestra, Glimmerglass Opera, and Catskill Symphony. Mr. Ross taught at Syracuse University for more than 30 years and also taught at SUNY Potsdam, Onondaga Community College, and Ithaca College.
He remembers “well the adventure of playing the standard orchestral repertoire for the first time and meeting new colleagues from around the Pittsburgh area…Playing a live concert at WQED and playing at the Kauffman Settlement House – and getting PAID!”
Some of his favorite memories were the opportunity to work with PSO musicians and conductors like Bernard Goldberg and Karl Krtiz (with whom he would later work in the Syracuse Symphony Orchestra). He writes that “getting a real taste of what a symphony orchestra was like…were outstanding memories that made a dif 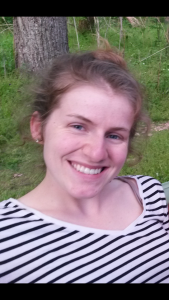 Jacinta Roberts (Viola 2013-16) is a senior nursing student at Franciscan University of Steubenville. She still plays violin for weddings, with local musicals, and other events and also keeps up with her viola playing when she has time. She writes, “I never had a bad day in PYSO, regardless of how long the rehearsals were or how the seating auditions went. It was the most fun I have ever had and I regret every day that I cannot go back.”

Her favorite PYSO memory was the European tour in the summer of 2014… “It was a highlight of my time in PYSO. Since then, I have traveled abroad for an entire semester but I cannot say it was better than my trip with the youth symphony. The great thing about playing music while you travel is that whenever you hear those pieces you immediately remember being in Europe surrounded by friends and performing in world-renowned recital halls”
Jacinta says that PYSO instilled in her a strong enough musical foundation that she can easily sight read any piece of music that she is given. she feels that this is a skill that she would not have developed if she had not been constantly challenged by the PYSO repertoire. She writes, “It has made me a much sought after musician in a small town with a severe shortage of musicians of any type but especially classical musicians.”