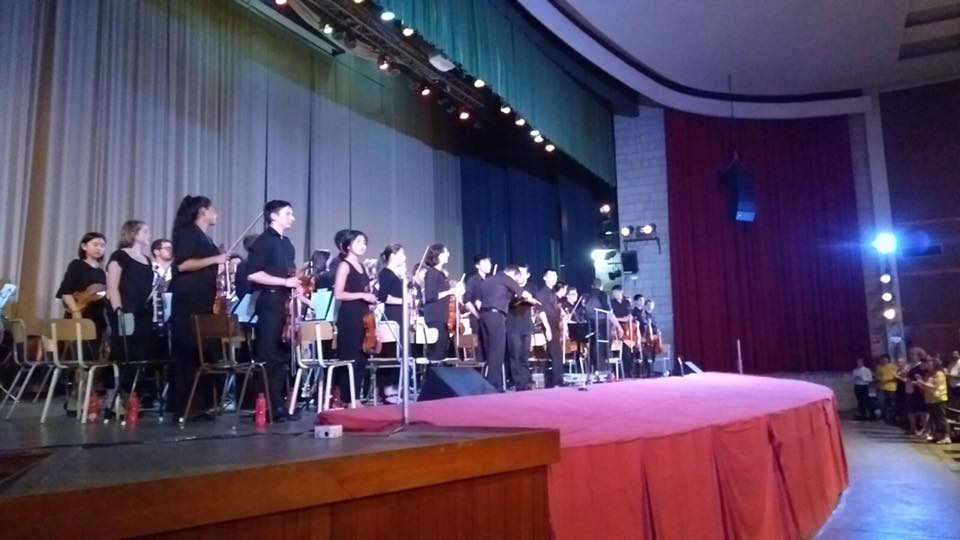 It is hard to believe that a little over one month ago I was in Spain watching in awe as our young orchestra gave some of the most inspirational live performances I’ve seen in a long long time. The concert that was most dramatic was in Valencia on July 24. Our musicians were supposed to perform in the grand Palau de la Musica in Valencia at 8:30 PM. I arrived at the hall at 2:00 PM with our instrument truck and driver and PYSO members Mason Shay, Steven Kozlowski, Jonathan Perez and Kevin Hannequin to start preparing the stage for the afternoon rehearsal, only to discover that the hall was cancelling our performance due to broken air conditioning!

The Valencia concert was our joint concert with the Joven Orquesta de Cuenca (JOC). In fact they arrived at the hall not long after I had arrived to discover the same awful news. But the show would go on as Juan Carlos Calvo (Manager of the JOC) proved. He spent over 2 hours calling around Valencia to find a hall where we could perform and by 5:30 PM we found ourselves at La Escuela de San Jose in Valencia preparing the stage for a 9 PM concert. 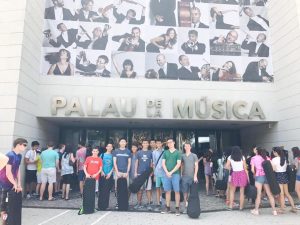 JOC performed in the first half and PYSO performed Don Juan in the second half. It is ironic that the Valencia Palau cancelled our concert due to broken AC and we ended up at a hall with no AC. The only air was from a cross breeze that the open doors on either side of the hall provided. Special thanks goes to so many for making this particular concert happen: ACFEA Couriers Marianne Swienink, Pilar Pino and Paloma Alvar, JOC Manager Juan Carlos Calvo, PYSO Chaperones, Maestro Lecce-Chong AND PYSO Musicians and Thank you David Ren for capturing this dramatic performance in video!