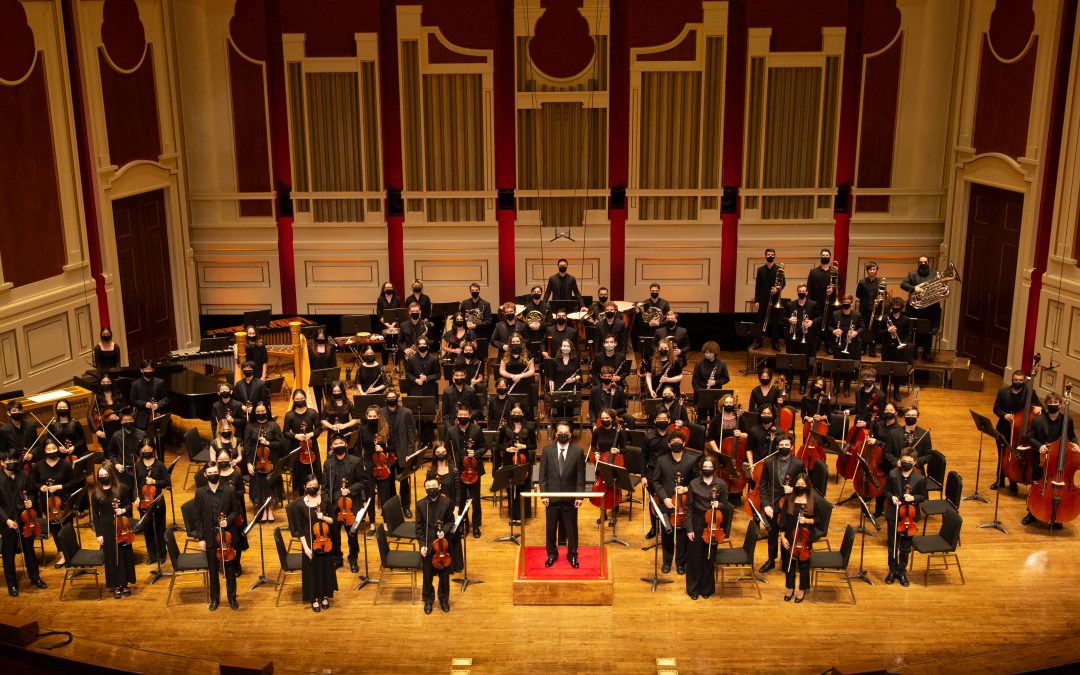 On Saturday November 13th, PYSO returned to Heinz Hall for the first time since 2019 for their first concert of the season.   A huge thank you to all that came to the concert.  It was such a thrilling and heartwarming experience to be in person again.

The concert was led by Maestro Daniel Meyer. Daniel Meyer served as PYSO’s Music Director from 2002-2009 and returned for this concert as a guest conductor.

The program gave a nod to PYSO’s rich past. PYSO had performed Bizet’s Pastorale and Farandole from L’Arlésienne Suites in their inaugural concert in 1945 at Carnegie Music Hall in Oakland.  They also played Stravinsky’s Firebird (1919) at their very first Heinz Hall concert in 1972!

This concert marked PYSO’s return to Heinz Hall after over 18 months and was a reminder of PYSO’s legacy of young performers who continue to set the stage for generations to come.

Check out some photos below!