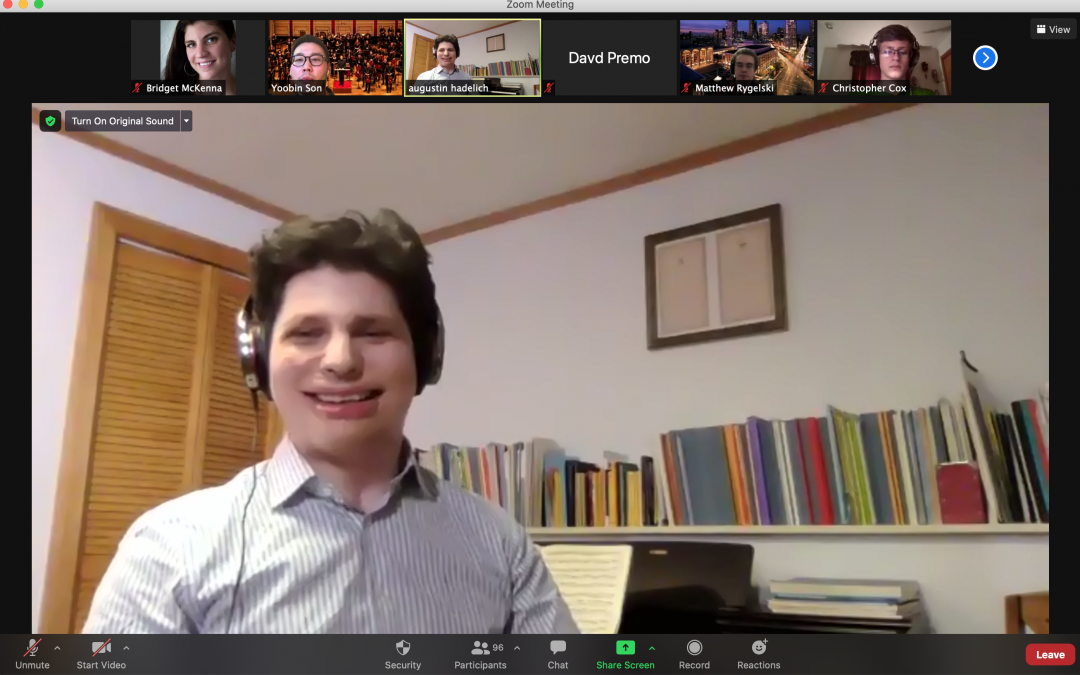 PYSO began 2021 with a very special surprise guest, world renowned violinist Augustin Hadelich! After a presentation reviewing this season’s schedule of events and repertoire, PYSO Music Director Earl Lee announced the presence of our special guest by playing a video of Augustin playing Paganini’s Caprice No. 5.

Earl then began a discussion with Augustin asking questions about when his interest in music began. Augustin’s parents are German but he was raised in the countryside of Italy. At the age of 5, he received his first violin. From there he began his studies with his father who was an amateur cellist.

At age 7, Augustin observed a masterclass by Italian violinist Uto Ughi. “I got to see him perform up close, and I remember thinking ‘I want to be just like that’. It was the first time I had an idea of what I wanted to sound like. I realized that what I was doing could sound totally different. I started to search for the sound.

Because he grew up in a remote area, Augustin would see his instructors sporadically. He highlighted the importance of being able to take a teacher’s instruction and make it your own. A majority of practice time is spent alone, without an instructor, and it’s important to be able to ask yourself questions and discover new things.

Earl then brought up the fact that things have been tough for everyone since the lock downs and social distancing started in March of 2020. He asked Augustin what he’s been up to, and how he’s dealt with it. Augustin said that early on he realized he had to give himself new projects and goals to stay motivated. Some of those goals included focusing on pieces that he hadn’t had time to work on for a while and then recording them.

Before opening up for a question-and-answer session, we viewed a video of Augustin performing Bach’s Lour from the third Partita No. 3. PYSO members then had a chance to ask Augustin questions, and various topics were addressed including how to stay motivated on bad days, preparing for auditions, and how to capture the nuances and artistry of the music when recording rather than playing live.

The session ended with a final video featuring Augustin playing both piano and violin for Kreisler’s Praeludium and Allegro.

Many thanks to Augustin for taking the time to join PYSO and share so many valuable insights as well as sharing three wonderful videos featuring his incredible talent.